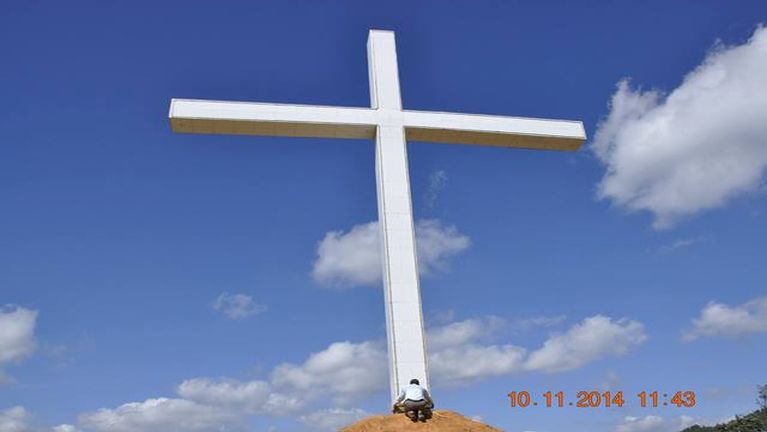 The government of Chin State has ordered a Chin Christian to remove before the end of this month a cross erected on a Caarcaang hilltop in Hakha.

The official letter issued by the township administration office said that Pu J.P Biak Tin Sang had to take the 54-foot tall cross from its current location by 30 January 2015.

Sang has been accused of planting the Christian cross without obtaining official permission from the authority.

Pu Tial Cem, 70, Sang’s spokesperson and in charge of the Caarcaang prayer site, told the Chinland Guardian: “We have been dealing with this issue for four years and will not stop it. We will keep on facing whatever it takes until we get this safe for the people.”

The letter also said that the chief minister of the State government rejected Sang’s previous request for the cancellation of the official order to remove the cross.

It warned the Chin owner that action would be taken against him if he didn’t follow the instructions.

Cem said: “Yes, they [the authority] can do what they want. But we will not remove the cross.”

More than 500 Christians from Hakha and Thantlang fast and prayed on the hill for three days in October 2014 for the preservation of the site and peace.

The concrete cross was planted on the top of Caarcaang Hill early last year.