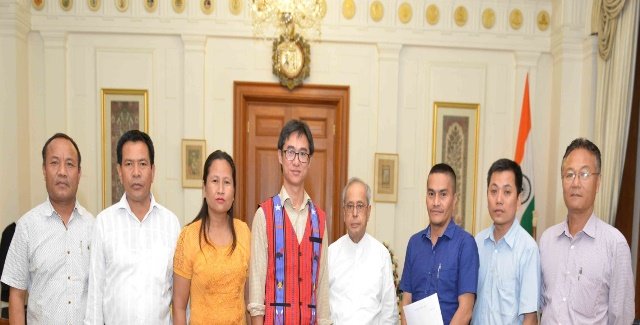 Manipur Tribals Forum, Delhi (MTFD) representatives along with few Autonomous District Council (ADC) members from Churachanpur met Mr. Ashok Prasad, Internal Security, Special Secretary, Ministry of Home Affairs yesterday to apprise him the team meeting and discussion with the President of India Shri Pranab Mukherjee on 22nd of September 2015. The team requested Mr. Prasad to meet the President as it is learned from a local newspaper that the bills are referred to the President for his consideration. We strongly expressed that since he is the only one from the Centre Government who have visited Churachapur where 9 dead body are still lying unburied and have personally meet the people from the district his meeting to the President is critical.

The team strongly stressed on the need to response to the people’s aspiration with sense of urgency from the Centre Government as the hill people from the State have lost all their faith in the State Government.

Lastly, the team expressed that they strongly oppose the content as well as the intent and the manner in which these three bills were passed. It is with regret that we have to say that the Government has taken a step that has caused irreparable damage to its relationship with the tribal in the State. The team again emphasized that the only option is a peaceful separation of Hill and Valley, and live together peaceful as a neighbour with mutual respect.