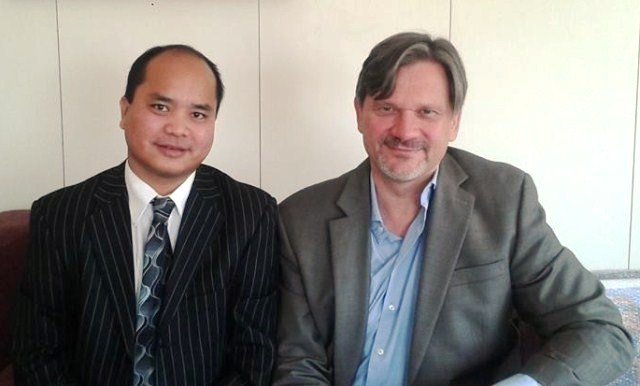 Nehginpao Kipgen, a Political Scientist and General Secretary of the U.S.A.-based Kuki International Forum, was conferred Doctor of Philosophy (PhD), the highest academic degree, by the Department of Political Science, University of Hyderabad on January 23, 2015.

Kipgen was conferred the doctorate degree after he successfully defended his dissertation entitled “Democratic Transition in Myanmar: Patterns of Political Change” in the presence of academics and research scholars, including his supervisor and one of the external examiners from Jawaharlal Nehru University.

Dr. Kipgen, one of the renowned scholars among the Chin-Kuki-Mizo community of Myanmar, India and Bangladesh, is also a prolific writer who has published both academic and non-academic works in five continents spanning over 30 countries. He has published academic works in World Affairs, Journal of Asian and African Studies, Journal of Muslim Minority Affairs, Ethnopolitics, Strategic Analysis, South Asia Research, Indian Journal of Political Science, Economic and Political Weekly, and Asian Profile.

His book entitled “Democracy Movement in Myanmar: Problems and Challenges” was published by Ruby Press in 2014 and is available for online purchase in www.abebooks.com, www.infibeam.com and www.flipkart.com.

Dr. Kipgen, who is a recipient of the U.S. State Department-funded scholarship, has been invited to seminars and conferences in different countries across Asia and North America. He originally hails from Burma/Myanmar but has taken American citizenship. Source: Kuki Forum