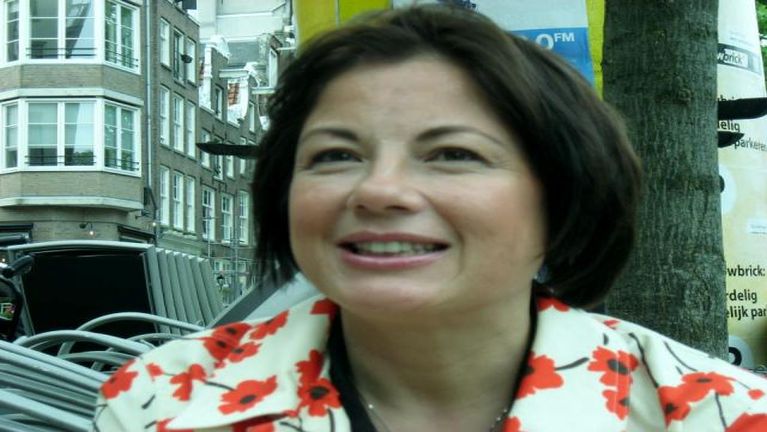 We are Divided by Outsiders: Interview With Bianca Son

One of the Chin Forum Managing Board members, she attended the first Chin National Assembly held in Mt. Sinai, Manipur in 2006. She has attended numerous seminars, workshops and events dealing with issues related to the Chin as well as the Zo. Bianca completed her archival research in Rangoon, Japan, Thailand and Mizoram in 2010. She is now teaching History at the University of London and finalizing her degree.

In this interview conducted by Van Biak Thang of Chinland Guardian, Bianca Son talked about her ongoing research on Zo history, her father and more …]

Chinland Guardian:We learned that you have been doing research for your doctorate dissertation on something related to Zo history. Tell us more about it and what made you decide to do so.

Bianca Son: My father was always involved in both Chin politics and the Zo reunification movement. He often travelled to India and other areas within Asia, mostly where Chin refugees needed support and advocacy. When he returned from a trip to Malaysia and India to visit and see refugee camps, he was wholly upset about the lack of government support and the overall state of Chin existence, both in Burma and abroad. Still, he sheltered my sister and me from the harsh reality of what our people endure.

I think he began to realize that the Chin, whilst working on policy at the same time, had to take their plight into their own hands. Before his death, he began to talk about education. In fact, he was convinced that education was the key. He brought back the text books used in Mizoram and felt we needed to restructure the curriculum. There was, according to him, too much emphasis on religion and many graduates tended to seek higher degrees in theology.

He argued that the Zo ought to focus on disciplines that would not only aid in the development of these states, but also give them the opportunity to participate on the world stage. Of course, my father was always quite cordial and full of humour. He once asked a theology student, “How long does it take to read the Bible?” He was hoping that the Zo would take up science, engineering, medicine, business and so on. In this way, they could then participate in the development of Zo regions rather than just rely on outsiders. He was of the strong opinion that the Zo lacked confidence despite having the potential like any other persons around the world.

After he passed away, I was so extremely distraught that I began to try and understand his activities. I began to struggle trying to reconcile Chin vs Zo. I also began to realize how much I had been influenced by outsiders and thus felt I needed to move further in my education to understand this complicated issue better. I began to tire of people on both sides trying to convince me of their positions. I had to make up my own mind.

At the University of London’s School for Oriental and African Studies, I was to do a rigorous academic study of the Zo. It was my aim to tease out the differing ethnic groups and determine what is Chin, what is Zo, what is the conundrum of the nomenclature all about. Furthermore, I wanted to understand the impact of colonialism on the present day situation.

I travelled to both, Burma and India and quite quickly realized the conflict. Scholars purporting ‘Chin’ insist that the Chin have been as such since “time immemorial” which was in stark contrast to my father’s position who argued that ‘we’ are all originally Zo, stemming from one progenitor, Pu Zo. My father based this position on tracing back our ancestry some 28 generations through oral histories. And although Zo history is a sound academic text, folks often misquoted my father to support the ‘chin’ position, even after his death. My father recognized the term Chin but argued that it was assigned by colonial administrators. In fact, months before he passed away, my father studied “The Journey of Man” a genealogical study of migration patterns. He explained to me that he, “…now understands it all…”

I began to understand both are wholly occupied with politics and that Chin vs Zo and their current situations was a direct result of colonialism. In this way, I am looking at the history and the legacy imposed upon the Chin Lushai Highlanders by colonialism in order to understand the process of how this divide occurred.

Chinland Guardian: Is it something to do with your father’s book? Could you share with us a brief history of ‘Zo’?

Bianca Son: As I said above, my father managed to trace back our lineage to one progenitor Pu Zo. He also drew from colonial records as well as other travelogues including by one Chinese official during the T’ang Dynasty; all of whom recorded that people of the Zo highlands considered themselves as Zo.

Zo history was published in 1986. Nearly thirty years later, he conceded that there was some errors in Zo history, but contended that the original thesis remained intact.

Zo history is now sought after once again as fields such as history and political science moves away from studying nation-states and becomes more interested in peripheral areas such as highlands and borderlands.

Chinland Guardian: It must have been very difficult for you to make research as there are not many books or sources, especially about people in Chin State. Tell us about how you manage your research so far?

Bianca Son: Although the sources are limited, they do exist. I have found some that have not been utilized before. My father’s primary sources were oral histories, as well as colonial records. My focus is only on written accounts. The Chinese, the Japanese, the Thai, the Italians and the British, all have written accounts on the Chin/Zo. I had to dig my way through the British Library, archives in Japan, anthropological organizations in Bangkok and Chiang Mai, Divinity Libraries in Italy as well as America and scour the SOAS Library’s China sections. I had to look at the travelogues of other regions including Arakan and Kachin States. If one is willing to dig, one can find sources!

My father’s thesis was that we are of one origin. This is a sound thesis. I have not elected to make the same claim—at this time. Rather I would like to understand the process of division Chin vs Zo and the narratives of outsiders.

Chinland Guardian:Your father was and still remains as one of the most respected leaders and scholars among the Chin and Zo communities. Share with us some inspirations, among many, about your father.

Bianca Son: I am afraid I do not want to say so much here. It is not my position to herald my father to the Zo. It is my sincere hope, however, that people engage with his writings and all of the things he tried to teach the communities. It was his hope that both communities move forward with confidence gained through education. He was also a great believer in collaboration, communication and community. It was totally against his character to divide and be divided.

The arguments among the Chin and the Zo upset him and disappointed him. He was also disappointed by the lack of support the transnational community exercised toward each other. The division of clans and families in the western world, he understood, undermined the eventual unity and restoration of either a Chin and/or a Zo state. He was on every person’s side and did not discriminate. Perhaps because he travelled with his father throughout northern Chin State, he came to appreciate and accept all the differing clans making friends wherever he went. So in one sentence, he valued education, collaboration and integrity whether it’d be political, academic or personal.

Chinland Guardian: In your speech to Chin communities in Europe in 2006, you said that your parents made mistakes in not teaching you Chin and you realised you have no identity but trying to be Chin.

Bianca Son: At that time, I believed as such. I grew up with my father’s values and world view. In this way, my sister and I are not only Zo, but are our father’s children. Having experienced being ‘on the inside’, these past five years have been rather tough. It is a reflection of the legacy of colonialism and the domination by Chin and Zo elites. Perhaps after my degree, I can seek out Chin and Zo that are truly committed to community. I have lots of lovely Chin and Zo friends from Chiang Mai all the way to Prague in the Czech Republic. When I am with them, I feel a part of the community—I feel as one of them. But there are many more times, when I feel wholly disconnected. My identity as Pu Vumson’s daughter, however, is intact.

Chinland Guardian: Being brought up mostly and living in the western countries, on what kind of occasions did you find yourself very Chin or Zo rather than American or German or western, if you like?

Bianca Son: I feel Zo all the time. My everyday life is spent much like a Zo. As I said above, Liana and I have our father’s values and internalized the way in which he viewed the world. In this way, we are inclusive rather than exclusive. We are open and non-judgemental. We enjoy community and dislike compartmentalization. It is hard living alone, as many westerners do. We also do not engage in western rituals such as Christmas and birthday celebration unless it is for the children who are growing up as westerners. My father never once gave us birthday or Christmas presents. And this was wholly acceptable since spending time together cooking, talking, or building a house was so much more valuable.

Chinland Guardian: As a historian and scholar, what do you think the reasons why the Chins are divided and what could be the most suitable uniting force?

Bianca Son: As I have said, the border dividing the Zo highlands was drawn by outsiders. Unfortunately, the Zo on both sides have adopted political positions in order to further their own, often conflicting, ends. While in Mizoram, the “Chin” and the Zo did not collaborate, communicate or make any sort of plans to work together. Thus, I cannot answer this question nor do I seek to do so at this time. In fact, I find the divide rather frustrating and confusing since we are simply repeating and maintaining the political impositions placed upon us by outsiders over 150 years ago!

Chinland Guardian: What is your view on the current situations of women in Chin communities in terms of equality and rights?

Bianca Son: Unfortunately, I have not been occupied with women’s issues. I think that Cheery Zahau did an excellent job in furthering the Women’s movement from Mizoram. I am unaware of what is happening. I am aware, however, that women in developing regions typically fall victim before their male counterparts. This is true for Asia, the Middle East as well as Africa. As my father would have expressed and which I echo, education is the key to a brighter future. Source: Chinland Guardian