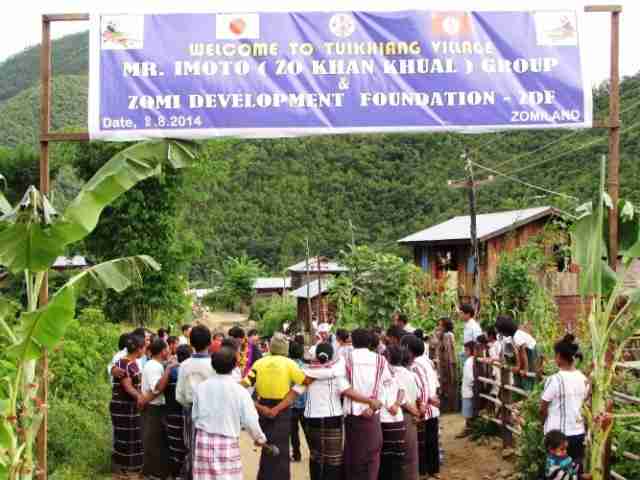 Mr. Polley, of Russell, Ont., is a Mahayana Buddhist and his tattoos, which chart the religion’s development, are on his leg to represent a pillar of support.

He said most Myanmarese practise a different branch of the religion, and officials told him they were there for his protection as radicals might hurt him over the tattoos. In addition to demanding the couple’s passports, Mr. Polley said, six officials repeatedly photographed him and his leg, and one tried to grab him when he stood up.

“He was the only official who really made things extremely uncomfortable for both of us,” Mr. Polley said, adding the others were cordial.

“I would have gladly fought him right there. In retrospect, I would still want to fight him, even though it would be a bad idea.”

Mr. Polley said the officials’ tone became kinder after questioning him when they seemed to realize he wasn’t an Islamic “fundamentalist.”

They told them not to leave the hotel until Sunday morning, when they said they expected to hear back from the country’s tourism minister.

But an hour later, Mr. Polley said, he and Ms. Lam were given two hours to gather their belongings. The officials then put them on a 15-hour car ride to the airport.

While officials initially told him he was to be deported, Mr. Polley said, other officials said he was being asked to leave the country for his own safety.

Mr. Polley said there is no Canadian embassy in Myanmar, and his guidebook told him to contact the Australian embassy, which was closed Saturday night. He and Ms. Lam were able to ask friends in Hong Kong to contact Canadian and Chinese officials on Sunday morning.

Chinese officials responded almost within the hour and got a Burmese speaker on the phone to talk to local authorities, but the Canadians did not get back to him.

Mr. Polley planned to finish the rest of his 23-day vacation in Thailand and Laos, though he did not rule out returning to Myanmar in future.

“The officials, who included the district chief of tourism in Myanmar, were so kind as to invite us back once cooler heads prevail and the situation improves,” he said.

Foreign Affairs did not respond