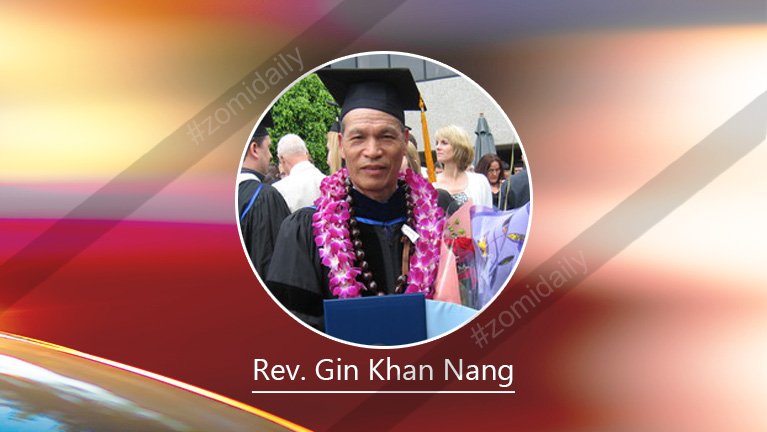 What is “Zu?” Why is it so important in Zomi life? “Zu” is a common and local name given to drink (beer) or any fermented liquor from grains. The beer is made of fermented rice, millet and maize mixed with yeast (N. Chatterji 1975:3). There are four different types of “Zu” such as “Zupi,” “Zutaak,” “Zuhang” and “Zuha.”

“Zupi” is commonly made of husked rice, millet, and maize. For a big feast like “Tonh feast” many pots of Zu was required and fermentation has to be started well in advance. There are different sizes of “Zu pot” (earthen jar), big, medium and small. In public gatherings such as feasts and festivals big jar is used and small jar is used for domestic drinking. The jar is filled with the husked fermented rice strongly pressed down with a layer of banana leaves on top. A tube is inserted in the middle of the jar for the purposes of sucking the liquor after adding water into it. Shakespear says “Each person in turn sucks up his allowance, the appearance of the top of a peg … giving him a hint when to leave off” (Shakespear 1912:38).

“Zutaak” is regarded as a good drink. Shakespear describes in the following terms:

After being well bruised, paddy is damped and packed away in several layers of leaves and kept for some months – the longer the better. When the zu has to be brewed the bundles are opened and the contents placed in a large earthen jar and well pressed down, with a layer of leaves on top and the jar filled up with water. After a few minutes the liquor is drawn off by a syphon into a brass or wooden bowl, out of which it is handed round to the guests in horn or small bamboo” (Shakespear 1912:37-38).

Distribution of Zutaak is common on occasions such as festivals, “Tonh feast” and during “Sa-aih” or “Gal-aih.” When a hero returned from killing enemy women would go out to meet the hero in the street with “Zutaak” and the hero and his fellow hunters were offered “Zutaak” drink in horns. The hero will get in bigger horn than others that is the reward he received as a hero. “Zupi” and “Zutaak” are the most common drink in communal gatherings.

“Zuhang” is a spirit distilled from the already fermented grains. It is a very strong drink. Common people hardly drink it. It is also never served in the communal drink. Chiefs and elders drink it occasionally (N.Chatterji 1975:9). Three pots were put together one on top of the other. The largest one was at the bottom containing the fermented grains mixed with water to be distilled. On the top of this pot the middle one was placed. The middle one had a perforated bottom to admit the stream coming up from the pot below. Inside the middle pot they put a small pot for holding the drops of spirit condensed. Another pot containing cold water was placed sealing the mouth of the middle pot. Each joint was sealed with wet ashes for which no vapor would come out of it. This complete set of pots used for distilling fermented grains was known as “Zuhang” meaning “hot drink” or strong drink (N.Chatterji 1975:8). Today people drink this “Zuhang” that destroys body and spirit.

“Zuha” is fermented rice. Its liquor which was brewed in a smaller pot than ordinary beer pot was used on less important occasions (N.Chatterji 1975:7). Cleaned rice was cooked and spread over a bamboo tray in order of cooling it down. After sprinkling it with leaven, they put it in an earthen pot meant for brewing and the pot was covered with a particular leaves (Nahkua teh). The process of fermentation is called “Zubilh” and it takes about three days to three weeks. The longer period of fermentation produced the better “Zuha.” Millet and rice are used for “Zuha.” It is used for feeding children and motherless child (N. Chatterji 1975:8). Fortunately this “beer is rich in vitamin B and since even children drink it from their earliest years there is no great deficiency noticeable in this direction” (Stevenson 1970:11).

The place of “Zu” in the Society

“Zu” is indispensable in social and religious activities followed by singing, dancing and drinking. One of the most common social songs can be quoted here.

b) The happiest moment in life is singing with drum and horn as of old,

In the midst of darkness living a healthy life is a happiest moment in life. (Translation is mine)

The use of “Zu” is twofold. “Zu” is used as drink in all occasions like feast, festivals and at home. When there is a visitor from a distant place or close relative from far place “zu” is offered showing hospitality. When the house owner returned from work tired in the evening or from hunting, the wife would prepare a small pot of “zu” for him. It is common drink both at home and in public. “Zu” also played an important role in almost all sacrificial ceremonies. K. Zawla says “The animals sacrificed were usually sprayed with ‘Zu’ by the priest. The priest and the ones for whom the sacrifice was made drank ‘Zu’ on the occasion of every sacrifice” (K. Zawla 1976:78-80).

The effect of Zu drinking on society and individual is numerous and multi-faceted. Economically drinking “zu” reduced the wealth of the people as they were hard drinkers (Laitanga 1982:49). Morally it is sinful as it resulted in fighting and quarrelling. For example I still remember my boyhood experience about fighting due to drunkenness. My neighbor, a retired Burmese army, used to get drunk whenever there was feast or festival. When he got drunk, he threatened his wife to kill due to suspicion for affairs with other man.

He would withdrew his long sword and run after his wife to kill her. The wife would hide herself many times beneath our house. She would not come out until her husband was back to normal. The first medical missionary Dr.E.H. East’s remark at Thuklai is another example. He says “It is here as everywhere that when men are drunk, the sense left them and only the wild beast remains.

The Chins are the most drunken people that I have come in contact with. Every occasion whether it is a joy or sorrow, they must drink and when drunk must dance” (East 1983:82). Shakespear also made the same observation. “The effect which the drink brewed from maize and millet seems to have on the eastern tribes, among whom violent crimes, committed during drinking bouts, are very common.” (Shakespear 1912:38). As the love of money is a root of all kinds of evil, so also the love of drinking “Zu” is a root of all evil in case of Zomi (I Tim.6:10). Rev. Gin Khan Nang